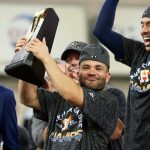 By all standards, Jose Altuve is a great player, but it’s his height that has made him an internet sensation inspiring several memes and new systems of measurement. It has also made him one of the most atypical baseball players in recent history. As a diminutive second baseman, he is often compared to Dustin Pedroia of the Red Sox, although Pedroia is a bit taller at 5 feet 9 inches. All famous tiny baseball players in the game’s history, such as Joe Morgan, Jimmy Rollins, and Craig Biggio are all big in comparison to Jose Altuve. The times when nutrition meant a post-match drink was the only preceding time a player of Altuve’s height had achieved such glory. Phil Rizzuto, who hanged his “boots” in 1956 and is a Hall of Famer, was also 5 feet 6 inches tall. Although Rizzuto was one of the prolific players of his time, he never had an effectively offensive campaign as the one Altuve had in the 2017 season. Prior to Altuve, Bobby Shantz, who received the 1952 MVP award, was the only similar-sized player to receive the award. However, Shantz was more of a one-time wonder than a reliable star. Another player often compared to Jose Altuve, is the 1920s 5 foot 6 inches slugger, Hack Wilson. Although Wilson had some impressive stats, he wasn’t as all-rounded as Altuve.

When MLB historian John Thorn was asked to name the last diminutive player who was as good as Altuve, he mentioned a few former baseball players, but couldn’t think of anyone in the last century who definitively came close to matching Jose Altuve. Altuve is arguably the best short player to ever grace the baseball world since the 20th century 5 foot 4 inches outfielder Willie Keller. Keller is best known as the player who perfected the Baltimore chop, a technique that involves hitting the ball directly downwards, in a manner that makes it bounce to such a great height that the fast batter can hit it out of a single. During his 19- year career, Keller only managed to hit 33 home runs.

So one may ask, what makes Jose Altuve such an efficient player? Well, for starters, the player rarely misses when he swings, his impressive speed makes him effective in hitting leg out extra-base hits and infield singles. Altuve is also one of the top bunters in modern-day baseball. The fact that he managed to add power in the middle of his career is proof that the player made extensive preparations and conditioning. Victor Martinez, Altuve’s mentor, and friend, once described the player’s rigorous preparation as unbelievable.

Ironically, Jose Altuve’s main rival for the 2017 Most Valuable Player award, was another amazing baseball player–280 pounds, 6 foot 7 inch Aaron Judge of the Yankees, one of the widest position players in the history of baseball. In July 2017, a picture of Aaron Judge and Jose Altuve standing next to each other surfaced and went viral mainly because their mutual existence was sheerly absurd. How could two people who have such a drastic difference in size participate and excel in the same sport? It’s a testimony both to Altuve’s outstanding persistence and the nature of baseball. In baseball, a small player can hit 3 home runs in a playoffs match, win 3 batting titles, and win Major League Baseball’s highest honor. In the early stages of his careers, almost nobody could fathom that Jose Altuve could rise to become an exceptional baseball player. Yet, today he is considered one of the greatest players ever to grace the sport.… 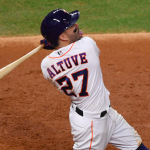 In many instances, sudden home-run surges often a predecessor for regression, but Altuve’s gains suggested that he had managed to tap a level of power that wasn’t accessible to him before. The Major League Baseball’s Statcast Technology in 2017 revealed that he was hitting the ball squarely almost two-times as often as what he pulled off in 2015. Homers have never been Altuve’s main missile, but in 2017 he managed to garner more home runs than veterans like Mark Trumbo, Robinson Cano, Hanley Ramires, and Albert Pujols. Altuve’s newfound power and a steady appetite for doubles allowed him to come in sixth in the AL slugging percentage rankings, a stat that’s more often than not dominated by players who are in the range of 230 pounds. In a game against the Red Sox, he made a three-homer performance, which was at the time the 9th in postseason history. Altuve’s performance in the match against the Red Sox was really impressive but unsurprising to anyone who was watching him throughout the season.

Winning the AL Most Valuable Player Award would make him one of the most unlikely recipients of the award in recent years. Although the development of baseball players is usually uncertain, the majority of players who become the best are top-dollar international signees or top draft picks. The previous 8 MVP’s all fit this category. Mike trout who bagged the award in 2016 and 2015 was picked in the first round. The recipient of the 2015 MVP award Josh Donaldson, was also a first-round pick. Miguel Cabrera, who won the award in 2012 and 2013, was signed for a $1.9 million bonus from Venezuela. Joe Mauer, Josh Hamilton, and Justin Verlander, who won the award in 2009, 2010, and 2011 respectively, were all picked in the first round.

Between 2005 and 2017, twenty-one of the twenty-four recipients of the Most Valuable Player award in the American and National Leagues had been players who had either been international free agents signed on a seven-figure bonus or drafted in the first five rounds. During this period, the rest of the awards were acquired by Albert Pujols, an underrated player who had been promising since his pro ball debut. Altuve took one of the rarest paths to becoming MVP. To find a player that even closely resembles Altuve, you would have to go back to at least 2004 when the 1993-$2,500-signed Dominican Vladimir Guerrero won the award.

Article written by Sarah Ramos. Sarah is a freelance writer and author, who can be frequently found blogging about credit repair services at Credit Glory, FiveThirtyEight, and Sports Illustrated.… 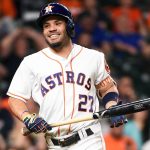 One of the most exciting things about baseball is the unique characteristics of its players. Although some of the baseball players are the gigantic superhuman types who are common in sports like basketball and football, others are sturdy, slender, have bellies, tall, or short. Your favorite team’s superstar could have a talent you couldn’t comprehend, yet have no distinguishing characteristics from your next-door neighbor.

Despite the diversity of Major League Baseball players, it’s hard to comprehend how a baseball player such as Jose Altuve exists. At 5 feet 6 inches, Jose Altuve is the shortest player in the MLB and is sometimes even considered shorter. In 2017, Jose Altuve was one of the top contenders for MLB’s Most Valuable Player Award, in a season that saw him garner an AL batting title, which was his third in four years. In the same year, he was also the leader of the baseball player value metric, wins above replacement. In the first game of the AL Series, he proved why he was the man to watch in the MLB postseason after he scored three home runs in Astros’ 8-2 win.

For a while, Altuve was a longshot before he became the superstar he is today. Astros once rejected Altuve in a tryout in Venezuela when he was a teenager because they considered him extremely short to be a baseball player. After the setback, Altuve’s father encouraged him to participate in the next tryout, and this time presented a glimmer of hope for the short player. Houston signed him for a $15,000 signing bonus, which is only a fraction of what top beginners are usually paid.

After that, Jose Altuve made his way through the Astros’ minor league system and made an impressive performance but to little recognition. Although Jose Altuve was a promising player, it took sometime before he got his first big break. For instance, in 5 minor league seasons, Altuve posted an on-base slugging of .867, and a batting average of .327 but was not included in any prominent top-100 list. Even after Altuve made it to the Major League and continued with his amazing performance, he was often dismissed as a role player or a fluke. Some people compared Jose Altuve to another short infielder David Eckstein, who was admired more for his tenacity than for his talent as a baseball player.

By Altuve’s 3rd full season in the Major Leagues, he had already made a name for himself as one of the league’s top players. He was a bag-swiping, slap hitting dynamo and garnered a Silver Slug Award while leading the stolen bases, hits, and batting averages in the AL. At this point, it seemed that Altove had achieved his optimal potential, as a plucky hitter in the Tony Gwynn or Ichiro mold. Then the most unlikely thing occurred, the 5 foot 6 inches player became a daunting power menace. His momentum started in 2015, when he began to hit the ball more frequently in the air, doubled his rate of home runs, and made 15 long balls, more than double of what he had managed to pull off in the previous season. This momentum continued to accelerate in 2016 when he made 24 home runs doubling his home run ball rate for a subsequent time. In 2017, he managed to repeat this feat.…