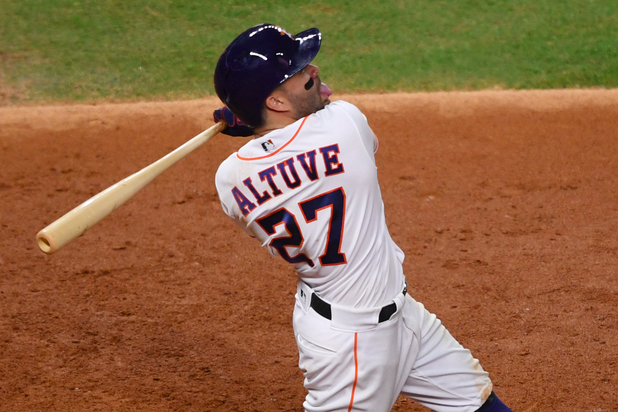 In many instances, sudden home-run surges often a predecessor for regression, but Altuve’s gains suggested that he had managed to tap a level of power that wasn’t accessible to him before. The Major League Baseball’s Statcast Technology in 2017 revealed that he was hitting the ball squarely almost two-times as often as what he pulled off in 2015. Homers have never been Altuve’s main missile, but in 2017 he managed to garner more home runs than veterans like Mark Trumbo, Robinson Cano, Hanley Ramires, and Albert Pujols. Altuve’s newfound power and a steady appetite for doubles allowed him to come in sixth in the AL slugging percentage rankings, a stat that’s more often than not dominated by players who are in the range of 230 pounds. In a game against the Red Sox, he made a three-homer performance, which was at the time the 9th in postseason history. Altuve’s performance in the match against the Red Sox was really impressive but unsurprising to anyone who was watching him throughout the season.

Winning the AL Most Valuable Player Award would make him one of the most unlikely recipients of the award in recent years. Although the development of baseball players is usually uncertain, the majority of players who become the best are top-dollar international signees or top draft picks. The previous 8 MVP’s all fit this category. Mike trout who bagged the award in 2016 and 2015 was picked in the first round. The recipient of the 2015 MVP award Josh Donaldson, was also a first-round pick. Miguel Cabrera, who won the award in 2012 and 2013, was signed for a $1.9 million bonus from Venezuela. Joe Mauer, Josh Hamilton, and Justin Verlander, who won the award in 2009, 2010, and 2011 respectively, were all picked in the first round.

Between 2005 and 2017, twenty-one of the twenty-four recipients of the Most Valuable Player award in the American and National Leagues had been players who had either been international free agents signed on a seven-figure bonus or drafted in the first five rounds. During this period, the rest of the awards were acquired by Albert Pujols, an underrated player who had been promising since his pro ball debut. Altuve took one of the rarest paths to becoming MVP. To find a player that even closely resembles Altuve, you would have to go back to at least 2004 when the 1993-$2,500-signed Dominican Vladimir Guerrero won the award.

Article written by Sarah Ramos. Sarah is a freelance writer and author, who can be frequently found blogging about credit repair services at Credit Glory, FiveThirtyEight, and Sports Illustrated.